By Suzanne Farwell For the Santa Barbara Foundation

Diane Adam is the kind of person who sees beyond herself to focus on the needs of others. She is forthright, honest and takes commitments seriously.

Her dancing blue eyes take in everything. As anyone visiting the Santa Maria Valley Discovery Museum will attest, she loves bringing people together. Diane is much appreciated as a catalyst for bringing North and South County together to collaborate on projects that have benefited many.

Diane will be honored at this year’s Celebrate Philanthropy luncheon on Thursday, Nov. 5 at the Santa Maria Country Club. Hosted by the Santa Barbara Foundation and sponsored by the Santa Maria Times, the annual event recognizes those who have a record of philanthropy through financial support, civic and charitable action, or community leadership.

A fourth generation Nipomo resident, Diane is grateful for the many gifts that have inspired her generosity. She grew up in a family that valued volunteering and helping others. Her great grandfather fled from conflicts in Denmark in the late 1800s, came to California and started a dairy in Nipomo.

After the Great War, her grandfather set out to reinvigorate a devastated European dairy industry by seeking donations of cows from local farmers and taking them to Switzerland. Later, he worked in a bank and became known as a kind man who would personally collect neighbors’ deposits.

Diane’s parents did not continue the dairy operation, turning instead to dry farming garbanzo beans and sweet peas. In the 1970s they sponsored families from the Philippines to join them on the land as sharecroppers. Diane saw her parents help those families, sharing in good times and bad.

Diane’s parents did not graduate from college but were proud to offer Diane the opportunity. She studied biology and microbiology, where she discovered a hidden world of identifying disease-causing micro-organisms.

“So much more interesting than counting squirrels,” says Diane.

Over time, she became interested in talking to doctors about their patients and realized that she was more of a people person than a medical detective.

Diane says that her “philanthropic heart” was born at St. Patrick’s School, which nurtured a culture of giving and caring about the community. Diane’s mother championed education and spent time at the school volunteering. Diane says she learned from her mother to process information quickly and distill it down to the essentials. 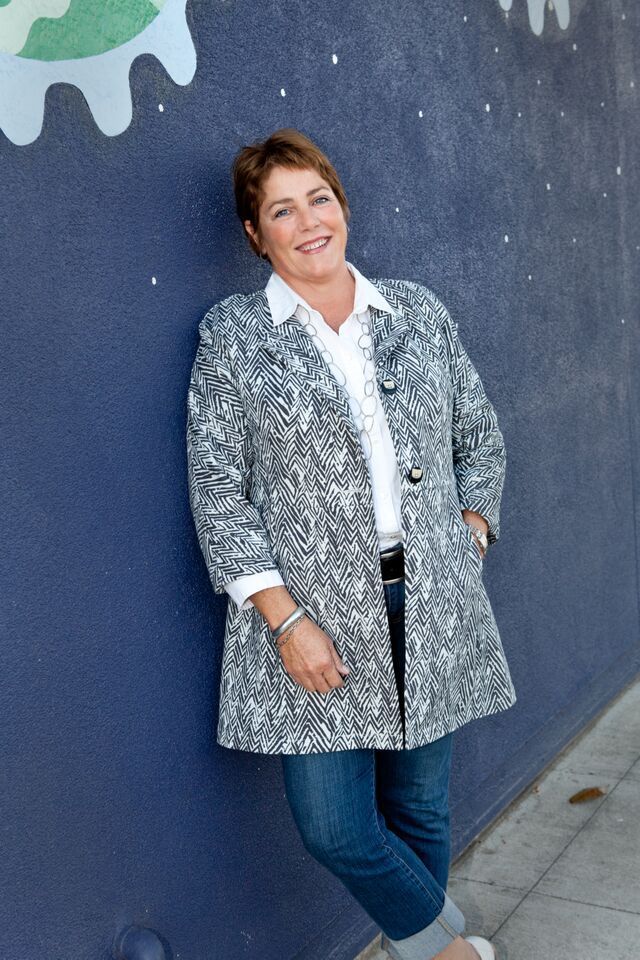 Diane was fortunate to marry into a family that cared about the community. She says her entry into the Adam family is “one of the gifts that I have received that pushes me to give back. Being married to Kerry Adam has been a gift in that it has afforded me the time to be a wife, mother and community volunteer.”

Kerry is a fifth generation farmer in the Santa Maria Valley where he and his two brothers run Adam Brothers Farming, Inc.

While her daughters were small, Diane joined the Hancock College Parent Participation Program and learned about active listening, a technique that has helped in her philanthropic work.

A visit with her children to the Discovery Museum set her on a path from which she has not deviated. She offered her help and eventually was asked to join the board. She went on to co-chair a capital campaign to build a new facility and shepherded the museum into a new era of success.

Executive Director Chris Slaughter referred to Diane’s work as, “Just the tip of the iceberg when it comes to her capacity to affect philanthropic change in our community through both volunteer and financial support.”

In 2001, Diane was chosen to participate in the Santa Barbara Foundation’s Katherine Harvey Fellows program, which identifies talented and motivated future local leaders. Diane was soon invited to join the foundation’s Santa Maria Affiliate where she served for five years.

In 2013, Diane became a foundation trustee and began to work relentlessly on behalf of the entire county. Most recently Diane’s talents for bringing people together resulted in a teen mentorship mural project funded by The Arts Fund of Santa Barbara and the Morris Squire Foundation, with partners that included the Discovery Museum, Allan Hancock College and the City of Santa Maria Recreation and Parks Department.

In addition to using her skills to work with donors, Diane is a donor herself. She serves on the research committee of the Women’s Fund of Northern Santa Barbara County and contributes to the fund, which has donated to 27 nonprofits in North County. Diane and her husband also created a Santa Barbara Foundation donor advised fund, which they use to support the community, directing gifts each year to nonprofit organizations.

As Diane reflects on her accomplishments, she acknowledges that she has had a lot of successes balanced with a few failures. She is honored to be receiving this year’s Celebrate Philanthropy award and joining the ranks of Santa Maria’s outstanding philanthropists.

Diane’s face lights up as she describes her delight in connecting people who have similar interests. She hopes to continue inspiring others to serve, all the while remembering her personal mottos: “Ears open, mouth shut, say yes as often as possible, and you can learn something from everyone you meet!”

Diane Adam is one of three people to be honored Nov. 5 at the Celebrate Philanthropy Luncheon hosted by the Santa Barbara Foundation and sponsored by the Santa Maria Times. The others are Nancy K. Johnson, who will be profiled on Oct. 25, and Gayle Pratt, whose profile will appear Nov. 1.