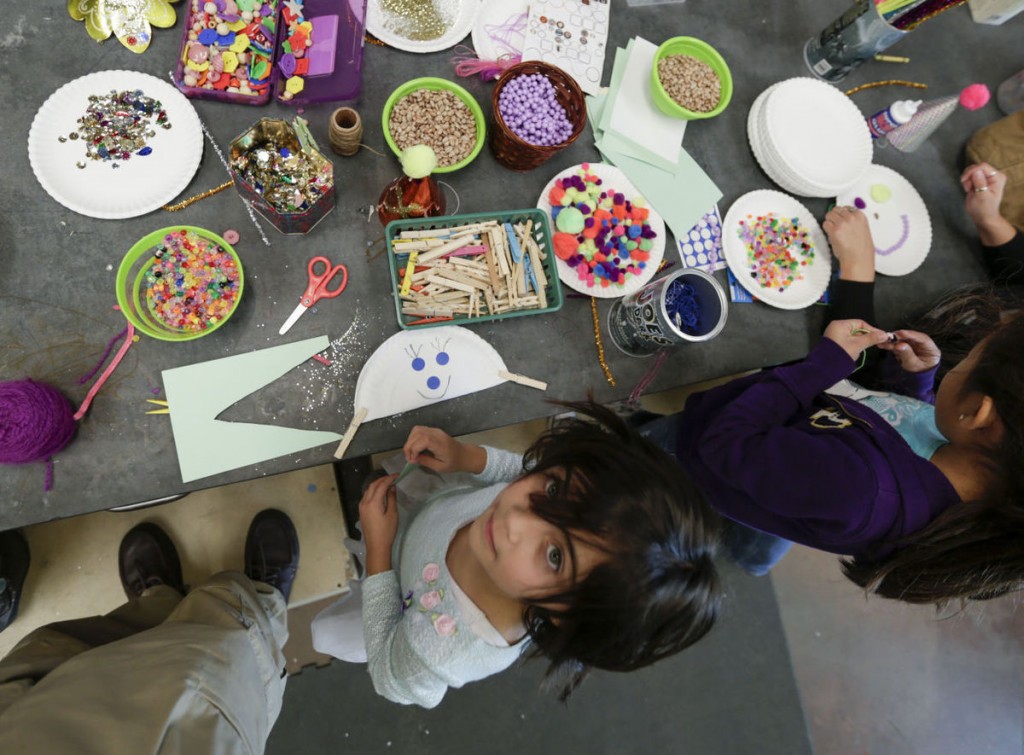 Parents and grandparents got crafty prior to the noon countdown, when they created the hats and party favors at the museum, which hosted the event catering to the younger set.

The new year will bring new exhibits to the Discovery Museum, which is celebrating its 20th year as the only kids museum in Santa Barbara County.

“We’ve got a lot of great stuff in the works,” said Chris Slaughter, museum executive director. “We’ve been in this building 11 years, and it’s time to bring in some new exhibits.”

Upcoming additions will include a Vandenberg launch exhibit, treehouse for reading and berry truck positioned at the museum’s entrance.

Fundraising is continuing, and Slaughter noted it’s not too late for people to give to any of the projects.