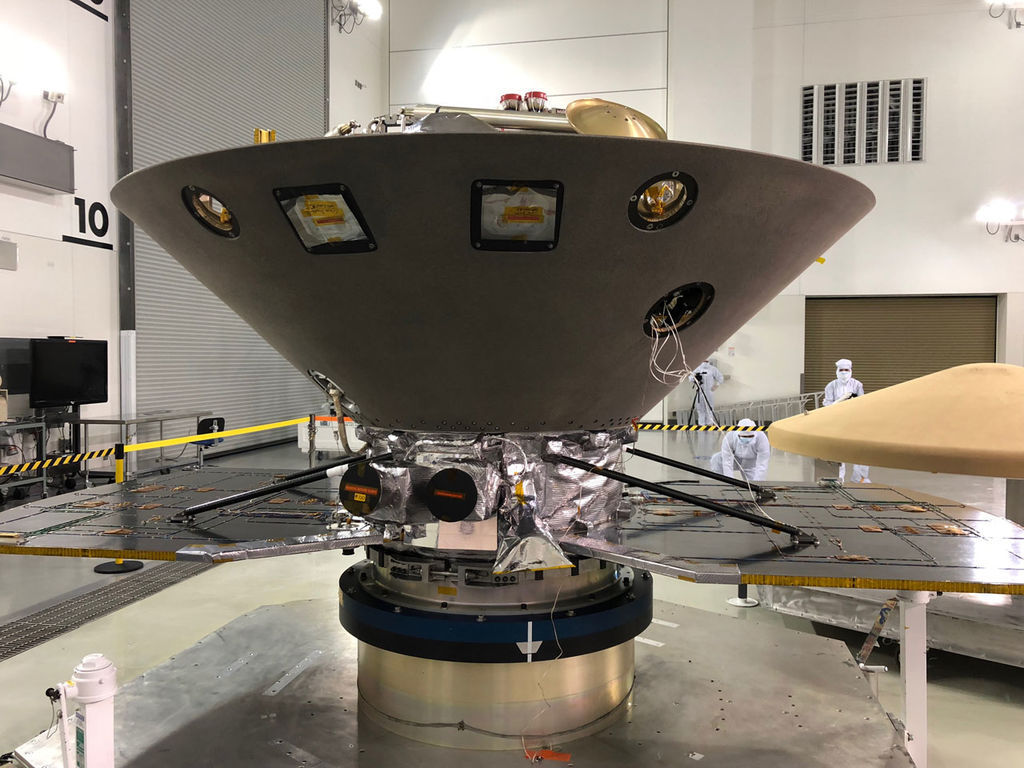 As excitement continues to build for next month’s historic Mission to Mars from Vandenberg Air Force Base, several events are planned in and around the Lompoc Valley leading up to the big occasion.

NASA is planning to launch its InSight lander into space to begin its journey to Mars as soon as 4:05 a.m. May 5 from VAFB’s Space Launch Complex-3E. The lander will ride aboard a United Launch Alliance-built Atlas V rocket. The launch is slated to officially begin the first-ever interplanetary mission from the West Coast of the U.S.

Before the rocket leaves the ground, however, residents and visitors from throughout northern Santa Barbara County will have opportunities to learn more about the momentous mission from experts who are involved with it, as well as pick out one of two public viewing parties in the Lompoc area to attend on the morning of the launch.

“This launch is going to be a major visual attraction to people all over the United States and all over the world, because it’s not every day that you launch something that’s going to Mars,” said Paul Patel, the president of Explore Lompoc, an organization that promotes Lompoc Valley tourism.

As lead-up to the May 5 launch, NASA kicked off a Mars InSight Roadshow late last month that is scheduled to run from Redding to Santa Barbara. The traveling show aims to engage the public with hands-on science activities, seismometer demonstrations, table-top exhibits and models, and public talks related to the mission.

The roadshow will hit Lompoc on May 2, where an exhibit will be on display from 3 to 8 p.m. at the Dick DeWees Community and Senior Center, 1120 W. Ocean Ave. The next day, May 3, a public discussion about the mission is planned for 6:30 to 8 p.m. at the Lompoc Public Library, 501 E. North Ave.

An exhibit will also be set up at the Santa Maria Valley Discovery Museum, located at 705 S. McClelland St., on May 2 and May 3; and an exhibit and public talk is planned for 1 to 8 p.m. May 4 at Hancock College’s Santa Maria campus, 800 S. College Drive.

The roadshow stops are family-friendly and appropriate for all ages, according to NASA. Scientists and engineers involved in the InSight mission are scheduled to be available to discuss marsquakes and how the InSight lander intends to study what lies below the surface of the Red Planet. They will also talk about the benefits of NASA earthquake data gathered by Earth-observing satellites, a topic that could be of particular interest in earthquake-prone California.

On the morning of the launch, there are two public viewing parties planned in the Lompoc Valley.

One of the viewing parties will take place at the Lompoc Airport, 1801 North H St., while the other will be at St. Mary’s Episcopal Church, 2800 Harris Grade Road in Mission Hills. Mission team members are expected to be at both locations, and a NASA TV stream is scheduled to be set up for viewing on the tarmac at the airport.

For both viewing parties, attendees are asked to arrive no earlier than 2:30 a.m. NASA TV coverage of the launch is scheduled to begin that morning at 3:30 a.m.

Explore Lompoc has collaborated with NASA and NASA’s Jet Propulsion Laboratory (JPL) in Pasadena to create a website with a countdown to the launch, as well as information about all of the local mission-related events. That site can be accessed from ExploreLompoc.com.

Patel noted that traffic to the website has been “tremendous,” suggesting high interest in the mission.

It is expected that the Atlas V rocket will be visible from the Central Coast down to San Diego on the morning of the launch. Still, Patel pointed out that no location will be able to offer the up-close experience that viewers in Lompoc will get.

“Lompoc is probably going to be the premier site to watch this launch,” Patel said Tuesday. “You’ll get a clear view of the (launch site) from the airport. NASA and JPL (officials) were here last week reviewing the sites and they loved it.”

Patel said that NASA officials have suggested to him that they are expecting anywhere from 1,500 to 2,000 people to attend the watch party at the Lompoc Airport. That doesn’t include however many people attend the St. Mary’s party or watch the launch from other locations around Lompoc and Vandenberg Air Force Base.

Explore Lompoc is planning to use the interest in the launch to help expand its pro-Lompoc message, Patel said.

The organization has produced several souvenirs that also double as marketing materials, including coffee mugs, pens and mousepads with “Explore Lompoc” and “Mission to Mars” graphics. Those items are set to be given to visitors staying in local hotels and also to people attending the watch parties, which might also include food trucks, Patel said.

For complete article go to:  https://santamariatimes.com/news/local/series-nasa-s-mission-to-mars-brings-the-spotlight-of/collection_4927f70c-3d05-513e-a0f3-c17be45026d0.html