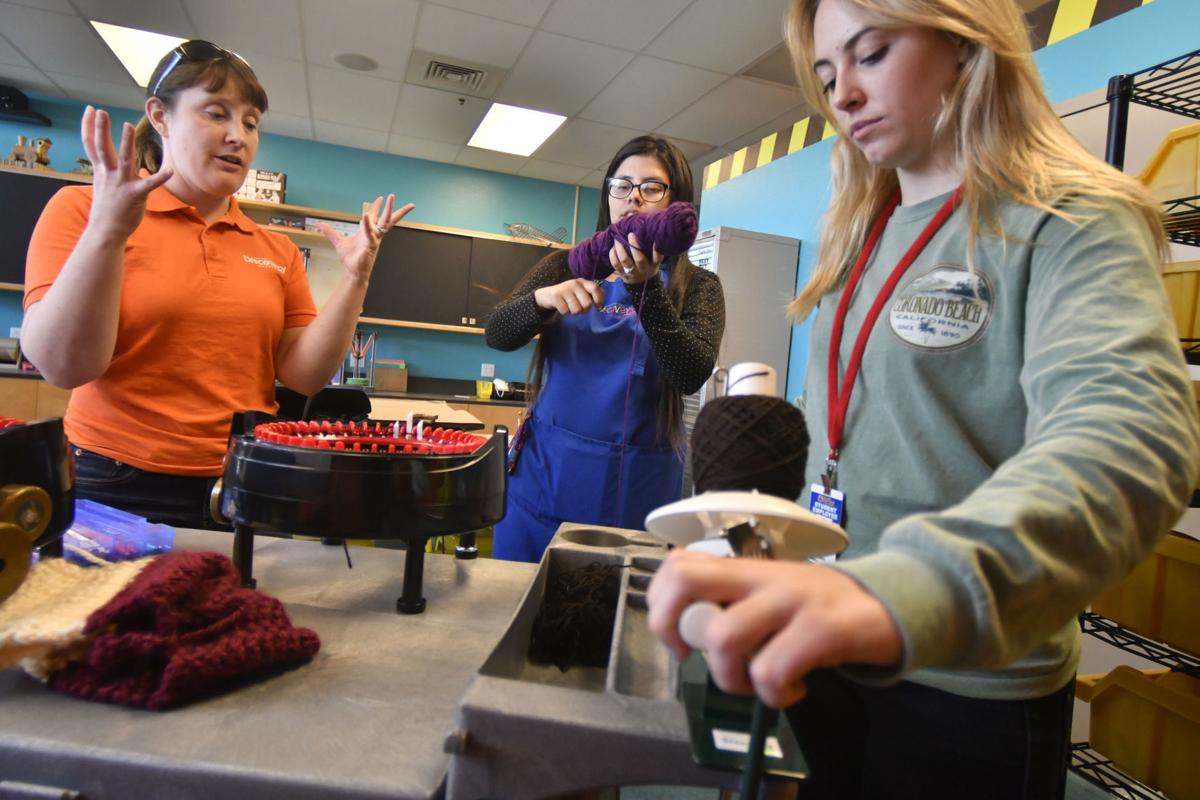 Santa Maria Valley Discovery Museum has a sweet deal for a young, creative soul who enjoys working with children: a paid internship at its brand-new Discovery Maker Lab.

The museum’s Creation Station has been central to the facility since moving to its current location in 2005. That station, which focuses largely on art-from-scrap for the youngest crafters, will remain in place, and the new space will be open to the public from 10 a.m. to 3 p.m. Saturday during Makerspace Weekend.

“This new lab provides next-level makerspace because we very much believe in the maker movement that inspires problem-solving, making things with your hands, thinking outside the box,” Blasco said.

The museum teamed with Hancock College and Santa Maria Public Library to form Central Coast Makerspace. The collaborative won a $350,000 grant from California Community Colleges Maker Initiative to fund development of makerspaces at all three locations, and fund the internship.

“Makerspaces and the movement associated with them are deceptively simple — they are places for creators to make things,” said Trevor Passage, Hancock librarian. “This can be as simple as a few tables with some paper crafts laid out, or as sophisticated as a series of 3-D printers and laser engravers working in concert to produce pieces straight out of a maker’s CAD (computer aided design) software.”

“It’s more of the ‘maker mindset’ of creating something out of nothing and exploring your own interests that’s at the core of a makerspace,” Blasco said. “Makerspaces also equip children with critical 21st century skills in the fields of science, technology, engineering, arts and math (STEAM), boost self-confidence and foster a sense of belonging in our community.”

Central Coast Makerspace proposed the only three-tier plan for grant consideration. The cooperative received full funding for its effort.

“We want to create a pathway for makers that goes from toddler to secondary education, junior college and college. It’s a really fantastic partnership,” Blasco said.

“It’s a mix of high-tech and low-tech because we value both equally,” Blasco said.

“We’d like to partner with anyone willing to donate consumables that can be used on a regular basis,” Blasco said.

“Anything we can create with is welcome,” Blasco said.

For more information about the internship or the new makerspace, stop by the Santa Maria Valley Discovery Museum at 705 S. McClelland St.

For the complete article in the Lompoc Record and photos go to: