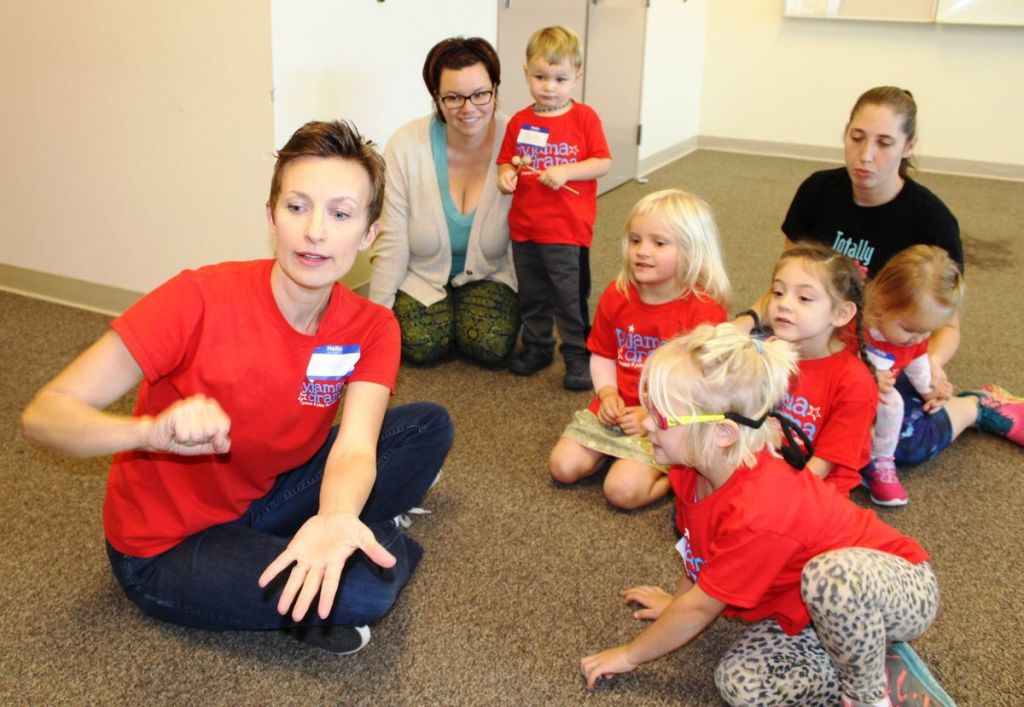 Young children from the Santa Maria Valley hopped on an imaginary bus to improvised fun Friday morning, part of Pyjama Drama, a drama class that mixes imagination with creativity.

Friday’s Pyjama Drama was the first round of classes for children 6 months to 7 years old in Santa Maria, hosted at the Santa Maria Valley Discovery Museum. The program, which originated in the United Kingdom, in early 2016 came to the Central Coast — the first and only location in the United States.

“This program has been a phenomenon,” said Sarah Rijnen, owner of the program in the U.S. “There was a really a need for it on the Central Coast.”

The class was the first of a group of six with the theme of “journeys,” and focused on an improvised bus trip where the children took turns driving the bus, eventually stopping at instructor Megan Walkers’ house, where they made tacos made mostly of cheese and lettuce, with ants it in — all imaginary.

The Pyjama Drama class is designed to let children’s minds wander, and while each session is based on a plan, the children ultimately are the ones who take the wheel.

“We didn’t know we’d be coming in and eating tacos today,” Rijnen said, laughing. “Nothing embraces creativity like drama.”

A local actress and drama instructor has over 400 lesson plans for Pyjama Drama, and taught the small group of six children in Santa Maria.

“(The classes are) different every time,” Walker said. “It’s acting and improvisation with 3- and 4-year-olds.”

Walker added, “It’s been a wonderful experience teaching for Pyjama Drama. It’s a new adventure every time with the children’s imagination taking hold of the lessons. You go with what they give you.”

Both Walker and Rijnen spoke about watching the growth in creativity and imagination of the children they see over the course of a few sessions.

Grace Kennedy, 4, of Nipomo, came out of her shell Friday morning as she warmed up to the idea of improvisation and socializing with other youngsters while practicing drama.

“Grace is getting at the age where she needs social interaction,” Kellie Kennedy said. “This is a good outlet for her.”

She added, “She pretends a lot at home but hasn’t learned to be imaginative in a group setting. I can tell she likes it, but she’s also hesitant. This will be good to bring her out of her shyness.”

Pyjama Drama visits local preschools and day cares in San Luis Obispo and the Five Cities area, as well as hosts group activities in the community, weekly, such as the one Friday morning

Families and parents are encouraged to participate in part of the sessions, and can join any time during the course of each community session, which are capped at 12 children. Classes run year-round.

Classes are pro-rated. Families can pay $12 for one session by registering, or $15 for a drop-in to a session. Six classes are rated at $60. For more information about classes or registration, visit www.pyjamadrama.com.