Creating crafts from bicycle parts, going on a sweet treat scavenger hunt, singing Christmas carols and visiting Santa are among the creative ways the Santa Maria Valley Discovery Museum has invited the community to get into the holiday spirit this month. 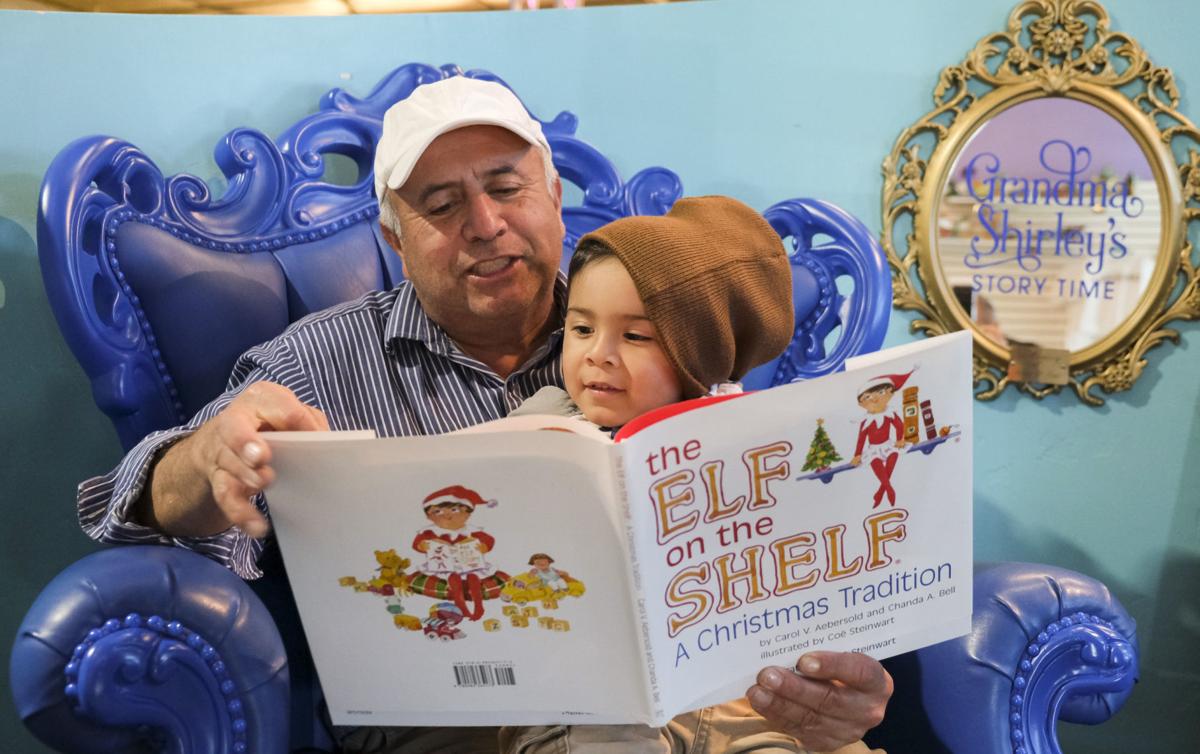 The [Holidays at the Discovery Museum events during December are] for kids and parents to make memories together, from making crafts and exploring the world of science to getting to meet Santa Claus along with his elf Snowflake.

“This is a tradition we do every year, but recently we decided to turn it into something different to incorporate our ‘makerspace’ and lab to turn it into Santa’s Discovery Workshop,” said program director Amy Blasco. “We wanted to put together different craft tables and other things because when you’re a child, you think of Santa’s workshop at the North Pole to make things like the elves do every year.”

The Central Coast Makerspace, partnering with Hancock College and the Santa Maria Public Library, set up tables with holiday-themed crafts using real bike parts including cogs and gears to make crafts, all donated by the Bici Centro bike shop in Santa Maria. 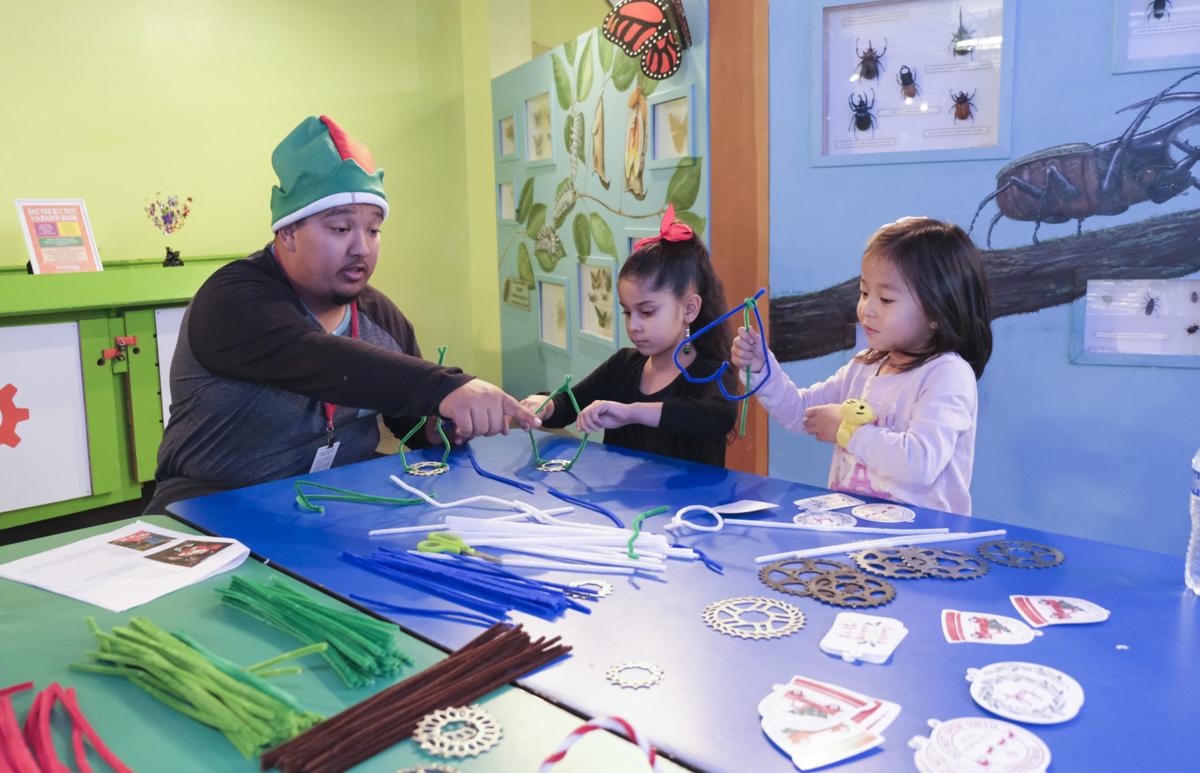 “We also have a Santa’s Sweet Treat Scavenger Hunt, directed to the older kids, where they have a list of clues to find hidden paper candy canes throughout the museum,” Blasco said. “We like this activity for the older kids because there’s a lot of problem-solving and critical thinking involved in this.”

All the holiday activities were directed toward encouraging kids’ initiatives to think creatively and use their hands. Everything is meant to be “both entertaining and educational for the whole family,” Blasco said.

The moment each child stepped through the museum doors at 705 S. McClelland St. in Santa Maria on Saturday, they were greeted by the man of the hour — Santa, in full gear with his red outfit, hat and famous white beard.

Wan Mei brought her son Gavin, 4, for the first time to the Discovery Museum for the holiday season, with her friend Amy Huang and her daughter Carina, 3. 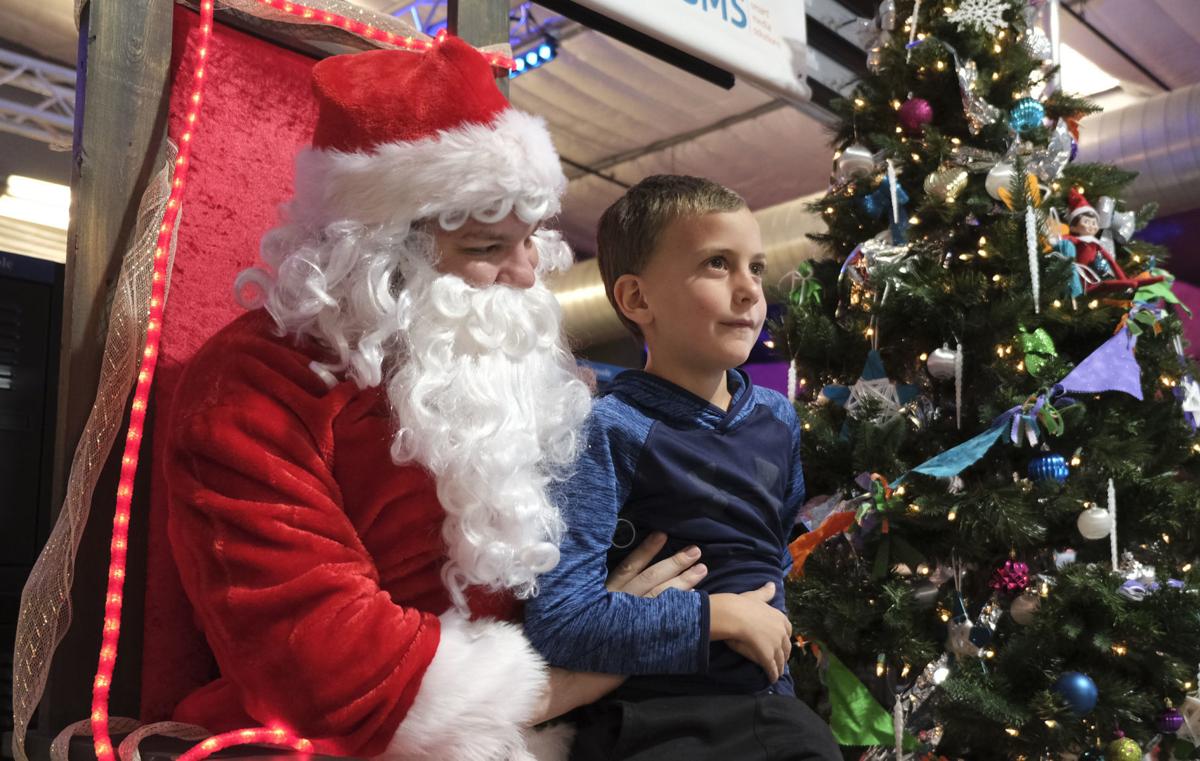 “Gavin actually loves seeing photos or videos of Santa on television or in movies, but he can’t handle him in real life I don’t think,” Mei laughed, watching Gavin shy away from Santa after reluctantly taking his photo with him. “He loves Santa on screen though. We do have a Santa decoration in our yard, but of course Gavin’s not scared of that because that Santa doesn’t move.”

Also part of Saturday’s full day of activities was a Christmas performance by the St. Joseph High School’s Glee Club, headed by adviser Amy Curti, who brought not just her students but her two young sons Massimo, 7, and Valentino, 10.

Her two boys couldn’t care less about the Christmas stuff, Curti joked, “but they’re just obsessed with flying to outer space,” she said, pointing at the space shuttle exhibit. “They’re always having a blast every time we come here.”

Curti returned with her Glee Club students for the second year in a row to perform Christmas classics from 11 a.m. to noon for the attendees. The idea to have some old-fashioned classic caroling at the Discovery Museum as part of the festivities evolved from Curti’s longtime relationship with the museum’s board members, who asked if they could be a part of the holiday fun.

“It’s so much fun doing this and I feel very passionately about it because I feel like we’re losing all these traditions,” Curti said. As hard as it may be to believe, Curti said she’s met some young students who don’t know the Christmas classic “Silent Night.”

“Kids won’t know these songs if we don’t keep them going so we’re too happy to provide this to the community,” Curti said. “We also just love what the Discovery Museum is doing for the community, and we’re too happy to support them. They’re doing amazing things like their partnership with Vandenberg for the space shuttle exhibit. I’ve watched this museum morph and grow into something truly amazing the last 14 years.”

View the full article at https://santamariatimes.com/news/local/santa-maria-valley-discovery-museum-gets-festive-for-the-holiday/article_984b817e-48bd-5963-a2b1-29f115e1c4af.html.