The Santa Maria Valley Discovery Museum is celebrating new beginnings by bidding farewell to executive director Chris Slaughter and welcoming her replacement, a familiar face in the community.

Nancy Gastelum, formerly with the Allan Hancock College Foundation, has been hired as the new executive director for the Discovery Museum. 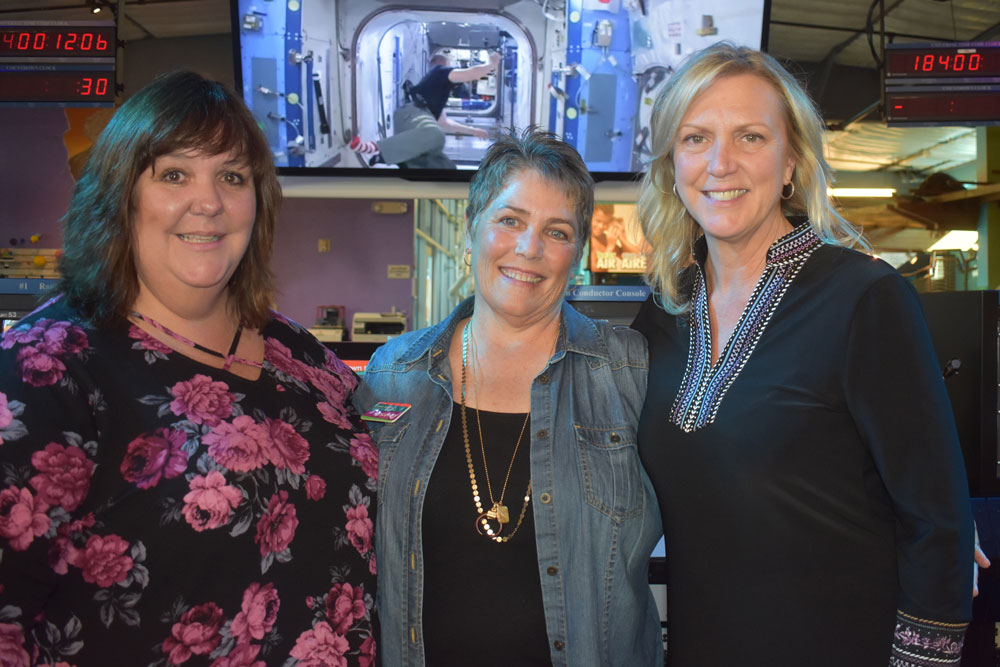 She will follow Slaughter, who is leaving after more than four years leading the museum, which is geared toward providing hands-on play and education for children.

“I decided to call it new beginnings on the invitation because we’re all here at the Discovery Museum so excited about so many new beginnings,” Diane Adam, a board member, said about the Monday reception.

Slaughter, who is moving to Atlanta, helped lead the revitalization for the museum, which now sits in 13,000 square feet, offers multiple summer camps and boasts new exhibits.

Among the lengthy list of Slaughter’s accomplishments while involved in the museum has been her outreach to the community, Adam told Noozhawk.

The rebuilding effort included support from the Santa Barbara Foundation and the Hutton-Parker Foundation, Adam said.

The Discovery Museum recently celebrated another phase of completion for the Vandenberg Launch Experience exhibit, along with addition of the Makerspace collaborative with Allan Hancock College and the Santa Maria Public Library.

The museum is working to add a field-to-table exhibit to celebrate the agriculture industry.

And July 9 kicks off several week-long summer camp programs focused on assorted topics such as robotics, art and more.

Before being hired in March 2014, Slaughter had served as interim director since October 2013 after being a longtime volunteer for the organization.

“It’s taken an incredible community of supporters, foundations, corporations, individuals that have gotten behind this museum because it’s important, which is why we’re all here,” Slaughter said. “It’s a labor of love for all of us.”

She will bring experience in fund development and strategic planning processes to the Discovery Museum, Adam said.

“We’re at a pivotal moment now where that’s a skill set we really need, that strategic planning focus, and the ability to make it come to life and make us more of a sustainable organization,” Adam said.

“We have big plans for this place, and I can only see our growth in leaps and bounds,” Gastelum told the crowd at the monday reception, adding that Slaughter left behind a beautiful legacy.

When the revitalization effort began, Adam found a sign with a key saying she duplicated to present Gastelum on Monday.

“Don’t look back. That is not where we are going,” Adam said.